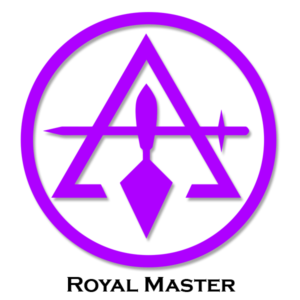 Councils of Cryptic Masons form the center body of the York Rite of Freemasonry. A Master Mason may join a Chapter of Royal Arch Masons and receive the four degrees of that organization. After which he may seek further knowledge in Freemasonry and join a Council of Cryptic Masons.

One reason for its popularity is that it completes a story, a Masonic allegory. Freemasonry is very philosophical and teaches its ideals by allegory or story. This philosophy is moralistic and religious however Freemasonry is not a religion., nor a substitute for one. A requirement for membership in Freemasonry is a professed belief in God and eternal life. It is mandatory that a man profess a personal faith in a Supreme Being prior to becoming a Freemason. Freemasonry never attempts to alter any one’s beliefs. Freemasonry offers no theology or plan of salvation. However, it does offer a moral plan to use in this world. Leaving the Mason to look to his religion for salvation into the next world.

The degrees of the York Rite are classified as Symbolic (Lodge of Master Masons). Capitular (Chapter of Royal Arch Masons), Cryptic (Council of Cryptic Masons), and Chivalric (Commander of Knights Templar). The Cryptic Rite or degrees derives its name from the setting of the degrees of Royal Master and Select Master in the underground crypt beneath King Solomon’s Temple. The word cryptic means hidden, hence its use in describing these degrees. The last of the series of Cryptic degrees is not cryptic because it does not comply with the requirement of a vault scene. It might be regarded as one of the Cryptic Rite’s detached degrees for it has no connection either in history or symbolism with those of Royal Master and Select Master, as shall be discussed later.