On September 27th, 1872 a number of Brothers from Excelsior Lodge #175 received dispensation to form a new Lodge. Excelsior Lodge remitted the dues of these Brothers so they would be able to undertake this endeavor. Lake Lodge #189 F.&A.M. received their Charter on June 11, 1873. Lake Lodge ﬁrst met in Puddlers Hall. They moved to a building at 960 K.K. Avenue and ﬁnally built the ﬁrst new building by a Masonic Lodge in Milwaukee in 1908. This building is located at 2535 S. K.K. Ave. Due to a lack of parking and a second ﬂoor Lodge Room, they built their current building at 1235 East Howard Avenue. The cornerstone was laid in August 1964.

On December 16, 1868, 36 Master Masons held an organizational meeting at South Side Hall. They received a dispensation to form a new Lodge on January 21, 1869. Excelsior Lodge #175 F.&A.M. received their charter on June 9, 1869. The ﬁrst meetings were held in Druid Hall at Oregon and Reed Streets. The Lodge moved to various locations starting with the new Cream City Lodge of Odd Fellows on May 1, 1874, National Block in June 1884, Stumpf and Langhoff Building at 2nd and Wisconsin Ave. in May 1899. In December 1917 the Excelsior Masonic Temple Association was formed by Excelsior Lodge #175 F.&A.M., Excelsior Chapter #40 R.A.M. and Galilee Commandery #38 K.T. This organization was charged with securing a site, building and overseeing a new Masonic Temple. The cornerstone was laid on May 20, 1923, and they remained in this building until it was sold in the 1990’s. They eventually moved to Lake Masonic Center. Excelsior Lodge #175 consolidated with Lake Lodge #189 on May 18, 2009. 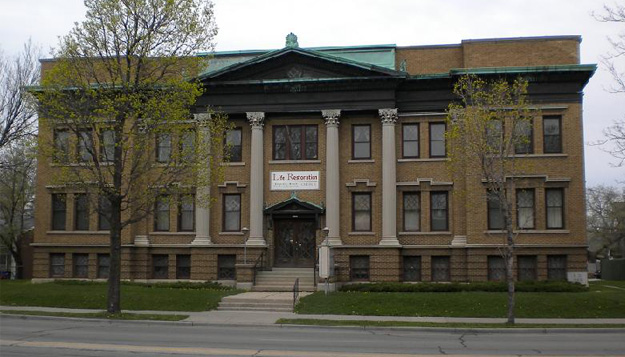 Freemasonry is a society of men bound by Brotherhood, united through the practice of sound moral and spiritual values and a love of family. Masons serve all humankind through fraternal and charitable opportunities found within the Masonic Family.

What is the purpose of Freemasonry? One of its most basic purposes is to make good men even better. We place an emphasis on the individual man by helping him strengthen his character, improving his moral and spiritual outlook, and broadening his mental horizons.

We believe in the principles of personal responsibility and morality, encouraging each member to practice in his daily life the lessons taught through symbolic ceremonies within the lodge. One of the universal doctrines of Freemasonry is a belief in the “Brotherhood of Man and the Fatherhood of God”.

Each Freemason practices the three principle tenets: Brotherly Love, Relief, and Truth while promoting a way of life that binds like-minded men in a worldwide brotherhood transcending all religious, ethnic, cultural, social and educational differences.

Wisconsin Masons practice Family Friendly Freemasonry. We do this out of love and practice it in how we live and through programs we support. Included in these programs is help for families of our deployed military, scholarships, support for youth, medical research, children’s hospitals, and our Honored Ladies. Masons champion the heroes of our society such as veterans, teachers, police and first responders.

The origins of Freemasonry 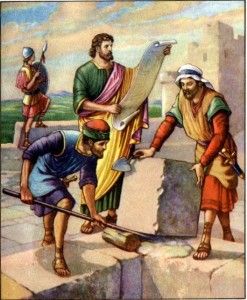 In the Middle Ages, the term “freemason” was awarded to highly skilled stonemasons who were hired as free agents to build castles and cathedrals in England and Scotland. Because of the inherent danger of their work, stonemasons formed local organizations, called lodges, to take care of sick and injured members as well as the widows and orphans of those who were killed on the job. Eventually, men who were not skilled stonemasons wanted to join the group for the many advantages it offered. These men were known as “accepted masons.” This is how the group began to shift from a craft guild to a fraternity.

The first Grand Lodge of Free and Accepted Masons was established in 1717 in London. In 1718, English Freemasonry spread to France and Spain, and after 1729, to India, Italy, Poland, and Sweden. Freemasonry spread to other parts of Europe and eventually made its way to the American colonies. In 1733, the first American lodge was established in Boston, under the authority of the Grand Lodge of England. The United States now has grand lodges in all 50 states and the District of Columbia. 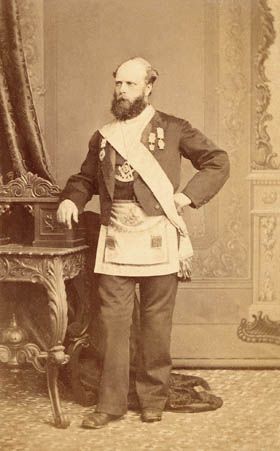 The French Jesuits first explored our area in the year 1634 moving from the Mississippi eastward. In 1760, after the “French and Indian” war, the area was ceded to the English. It became part of the United States (as the Northwest Territory) in 1787. Masonic activity in Wisconsin came from the Great Lakes region, first established in Green Bay in 1823 when seven army officers and three civilians met in the home of Bro. George Johnston on a farm on the west shore of the Fox River. They met for the feast of St. John the Evangelist, December 27th.

The military officers were part of the 3rd Regiment, of which four companies were stationed at Fort Howard under the command of Col. John McNeil, a Mason. Under his leadership, the brothers drafted an edition to the Grand Lodge of New York for a charter. The lodge was named Menomanie Lodge and met in Green Bay. The charter arrived a year later (1824). By that time, the lodge had increased from 10 to 21 members, including Rev. Eleazer Williams who was raised in 1825 and Henry S. Baird, who would become Grand Master. This lodge went dark in 1830 due to the redeployment of the military.

Mineral Point was settled by Englishmen who arrived to mine lead. The lodge received its dispensation from the Grand Lodge of Missouri. It was active in 1840 and chartered in 1843. Its Senior Warden was Charles Dunn, the first Chief Justice of the Supreme Court for the Territory of Wisconsin. Masons in Platteville were chartered in late 1843 as Melody Lodge. Its first Master was Rev. Benjamin T. Kavanaugh who would later become Wisconsin’s first Grand Master. The Grand Lodge of Illinois chartered Milwaukee Lodge in 1843. Its Master was Rev. Lemuel B. Hull, Rector of St. Paul’s Episcopal Church. The lodge was formed of 39 charter members including Byron Kilbourn and George H. Walker. Delegates from these three lodges met on December 18, 1843, and formed the Grand Lodge of Free and Accepted Masons of Wisconsin. Each lodge was obliged to pay $1.00 per member to the Grand Lodge, of which fully 25% was for charity.

Freemasonry grew from less than 100 members at its formation in Wisconsin to over 18,000 by 1900. It is to Rev. Kavanaugh, a Methodist preacher and a Masonic student that we owe much of our success here in Wisconsin. Reflect upon his address at the first Grand Lodge annual communication:

“While there are ten thousand causes operating upon the family of man to sever the bonds of friendship and brotherly love and set men and Masons at variance, Masonry, like and angel of peace, throws her influence around the globe and brings men upon a level in Love, Peace, and Unity…Masonry thus stands forth as venerable as Time, as firm as Truth, and as benevolent as Mercy, let us hail it a happy welcome into Wisconsin where it may find a vineyard in which to labor.’ (January 17, 1844)

As one who is considering membership in our fraternity, we hope these words will inspire you to take the next step in membership with the spirit of a pioneer.

Many others who have preceded us have been so inspired to excel in their chosen fields, and we have these who have honored us with their membership: former Governors Dreyfus, Peck, Heil, LaFollette, Vernon Thompson, Goodland, Rennebaum and Tommy Thompson; Supreme Court Justice Day, Past Chief Justice Curry; the Ringling Brothers; magician Harry Houdini, Green Bay Packers Bart Starr and Ray Nitschke; Lieutenant Governor Scott McCallum. Most recently, 6th District US Congressman Thomas E. Petri and Attorney General J B VanHollen, who is also a Past Grand Master.

Indeed, scarcely a town in Wisconsin is without a Masonic founder…the type of man after whom schools, avenues, and parks are named. It is an awesome responsibility to live up to the standards these men have set, but we are confident that your Masonic affiliation will assist you in developing the type of character that will be esteemed and respected by all with whom you interact.