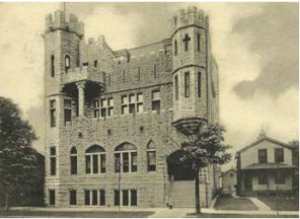 The Knights Templar is a Christian-oriented fraternal organization that was founded in the 11th century. Originally, the Knights Templar were laymen who protected and defended Christians traveling to Jerusalem. These men took vows of poverty, chastity, and obedience, and were renowned for their fierceness and courage in battle.

Today, the Knights Templar display their courage and goodwill in other ways. They organize fund-raising activities such as breakfasts, dinners, dances, and flea markets. They support Masonic-related youth groups and they raise millions of dollars for medical research and educational assistance.

Currently, Templar membership consists of people from all walks of life, including doctors, lawyers, clergy, businessmen and entertainment personalities, all of whom profess a belief in the Christian Religion.

Three Levels Of The Knights Templar