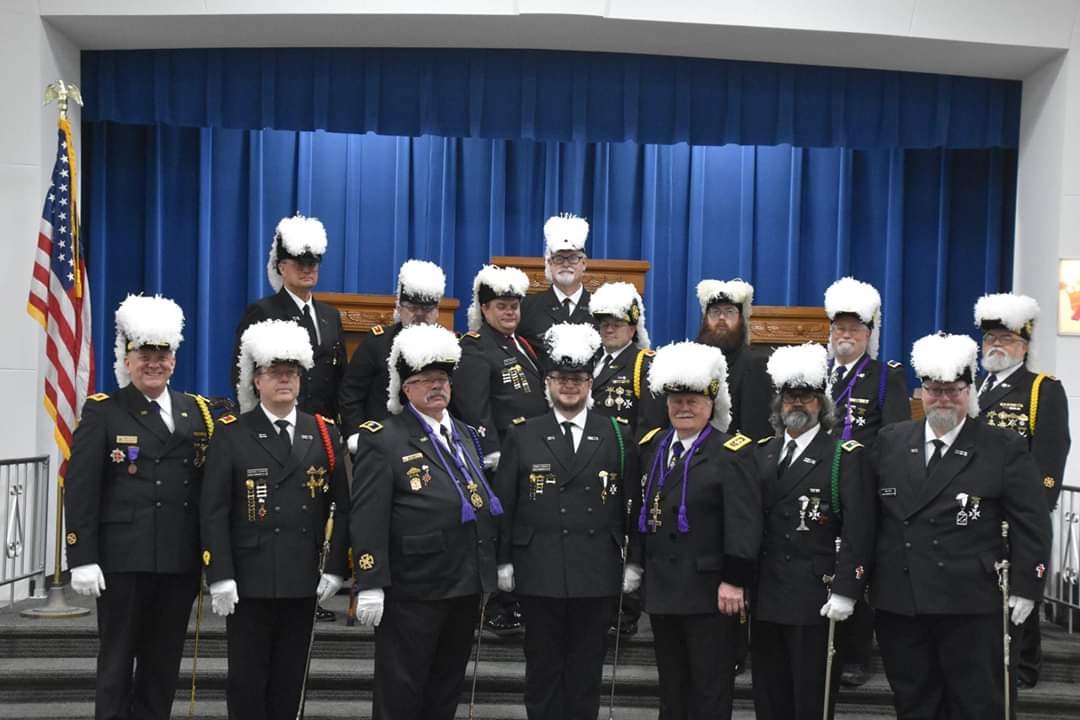 The Knights Templar is a Christian-oriented fraternal organization that was founded at the time of the Crusades.

Originally the Knights Templar were laymen who protected, and defended Christians traveling to Jerusalem. They were members of the Poor Knights of Christ and of the Temple of Solomon.

These men took vows of poverty, chastity, and obedience. They were renowned for their fierceness and courage in battle.  Their deeds of charity and pure beneficence were known throughout the land and is the model of charity and beneficence which we still follow today.

Modern Templary has been in existence in America for 239 years with the first date of record for the conferring of the Order of the Temple in the North American continent being August 28, 1769. — reference https://www.britannica.com/topic/Templars

Today, we as Knights Templar display our goodwill by providing scholarships for College and University students who have devoted their education and life to the medical field.

We provide funds to send Pastors to Jerusalem to walk in the footsteps of Jesus by supporting the Holy Land Pilgrimage Fund.

As members of the Knights Templar, we also support and contribute to medical research.  The Knights Templar Eye Foundation provides funds to Doctors and Researchers who have dedicated their lives to eradicating eye disease.

One example is Dr. Jesse Berry.  The Grand Encampment of Knights Templar of the United States reports: “While she treats ocular tumors in both youth and adults, her focus has been in performing a liquid biopsy for retinoblastoma in order to find a cancer treatment. She requested, and received, a KTEF Career Starter Grant, to be able to draw DNA from the retinoblastoma tumors. By doing this, she and her team are able to find out what DNA was common in these tumors, and from that DNA, to be able to begin formulating treatment programs”.

Her work has been so successful, “…that genomic evaluation of the aqueous could be used to predict the ability to save the eye and maybe in the future help direct more intensive therapy to the more aggressive tumors”.

The Holy Land Pilgrimage and Knights Templar Eye Foundation are but two of the charities we support.

If you are interested in becoming a member of the York Rite, and to become a member of an organization “who’s deeds of charity and pure beneficence are known far and wide”, contact us by using the “Send Us A Note” section below or call us at (414)744–4609